CAMERA is saying a fond farewell to Dr Aki Salo. He is leaving the University of Bath after 21 years to take up a new post as Director of the Research Institute for Olympic Sports of Finland.

“It has been great working with Aki over the years at Bath. When I first arrived at Bath, Aki was one of the first people that I approached given my interest in sport. I’m glad that we eventually managed to turn this into a great collaboration fusing technology and elite sport through CAMERA. Although we will continue to collaborate, Aki will be thoroughly missed not just in CAMERA but across the University. We all wish him the best in his new job!”

Dr Salo was kind enough to answer some questions about his career and personal life.

How long have you worked at the Uni? What does your role involve?

I started on 1 March 1998, so 21 years ago. I was one of the first three lecturers on the first year of the new Sport and Exercise Science degree. Since then I’ve progressed a little bit and have done lots of different jobs including Director of Studies. I’ve been on several University committees, the Board of Studies in different faculties, Chair of Academic Assembly, on University Council and on the Finance Committee. I’ve also spent many years on Senate. I’ve lead a couple of new Programme Development Teams including the first ever MSci Sport and Exercise Science degree in this country. I’ve been lecturing on all different cohort years in Sport and Exercise Science, in addition to my research. I am a co-investigator in a five year CAMERA project working with Computer Sciences creating some cool new stuff. Overall, I’ve been associated with 4 different faculties and schools during my time here. First, I was attached to Mechanical Engineering as we didn’t have a department or faculty. The Department of Sport and Exercise was established in 1999, and it was positioned to the Faculty of Science. Then we were combined with postgraduate medicine and the School for Health became its own School before becoming dismantled few years later and moved to the Faculty of Humanities and Social Sciences.

What would you most like to achieve while at the University?

I will be leaving the university shortly to take up a great role as the new Director of the Research Institute for Olympic Sports of Finland. So this is a difficult one to answer. I’ll still be involved with the PhD students who I currently supervise. But if I look back over the last 21 years, I’ve been involved with athletics at various different sporting events applying research with the end-users, and in 2004 I was a consultant on the support team when Britain won Olympic gold in the 4 x 100 metre relay. It was the first time they’d won it since 1912. Academically, my proudest moment is always when our PhD students graduate and they have gone on to do some great things.

Name one thing that makes you feel proud to work at the University of Bath?

This is one of the best universities, if not the best, that has a sports science degree. This allows, enables and demands us to do proper science in sport and exercise and that has been a really great thing.

What piece of advice would you like to give to a student?

Who was your most influential teacher/educator, and why?

Veikko Noponen was my primary school teacher who really introduced me to sport. He became my coach after primary school as well. He has laid the foundation for my interest in sport, coaching and sport science. I wouldn’t be here, in this role and in the environments I have been in if it wasn’t for him.

As a child, what did you want to be when you grew up?

When I was about 12 or 13 I wanted to become a Russian interpreter. Finland is next to Russia, called the Soviet Union at the time, and Finnish TV talked a lot about the relationship with the Soviet Union. There were also stories of how the Russian interpreters, who were few and far between, were very powerful because the presidents would be meeting and talking and then the interpreter would tell them it was time for their 10 minute break and walk out, and of course the presidents cannot do anything without the interpreters. I have always been interested in languages because I had cousins in Sweden and in a Finnish school we read three languages in addition to your mother tongue. But it went out of the window at some point and I have a different career path now!

What’s the one thing you know now that you wish you’d known when you were younger?

What was your first job?

I was a general labourer for a Finnish road building company. I had been sweeping 40 km of tarmac in the summer over a three week period – and I ended up using 3 brushes because the bristles were worn out. But there was no rain for a whole 3 weeks and I ended up with such a tan by the end of it – it was a beautiful job! They kept extending the road and we would sweep up to where the device was but of course, the lorry had to go and pick up more gravel every now and again so we would be sat up on the bank by the side of the road in the sunshine when there was nothing to sweep.

If you could start your own dream business, what would it be?

My friend and I would have our own café that served really good cake, with a German style, but in one specific spot in my hometown of Mikkeli. We said it was always just a dream as we would never be able to get those premises, but 20 years later it actually changed hands and became a pub! So technically it would have been possible. We just didn’t like the idea of a café where everything is sliced and ready to be served because the cakes are drying, but in Germany one gets a slice cut from a full cake so it’s a bit fresher.

Where is your favourite holiday destination and why?

It’s our summer cottage in Eastern Finland. If I leave from here in the morning, I can be there by late afternoon or early evening and put the sauna on. It’s by the lake and it’s really quiet – 10 minutes can go by without hearing a manmade noise. You sit on the terrace, watching the lake and the hustle and bustle of life just goes away. It’s my mother’s birthplace so it’s been in the family since the 1930s so I spent a lot of my youth there as well.

What’s your favourite book or album and why?

Because I read so much for work, I don’t read much at home. But I recently read The Talent Lab by Chelsea Warr, Owen Slot and Simon Timson which told the story of how Britain prepared for the Olympics in Rio. It is job-related but it is a fascinating behind the scenes story of what can be done and what is possible when you use the innovations available and by thinking outside of the box. When are you happiest? It goes back to being at the cottage, cutting grass on a sit-on lawn mower, hacking the logs or sat watching the lake.

If you could meet anyone in the world dead or alive who would it be and why?

I would say Nelson Mandela because I would like to try and understand how it was possible for him to forgive the treatment he suffered throughout his life.

Mindreading would be an interesting one, but I’m not sure I would actually like to have those skills – so I pass!

What would people be surprised to learn about you?

The last time I drank coffee was in 1974 because I just did not like the taste. But the other interesting thing would be that I have met and chatted with the Queen, Prince Philip, Prince Edward and a few times with Princess Anne. I have been invited twice to Buckingham Palace. It was fascinating speaking to Prince Philip as he was in his late 80s at that point, and he was putting things together that you wouldn’t have expected like talking to me about a sport medicine guy from Norway. It’s not quite the same as sports science and Finland but you can’t fault him for trying.

Tell us your favourite joke.

I really don’t recall jokes, but there’s a great Michael McIntyre sketch that is really funny, especially when they talk about computers, clouds and aeroplanes. 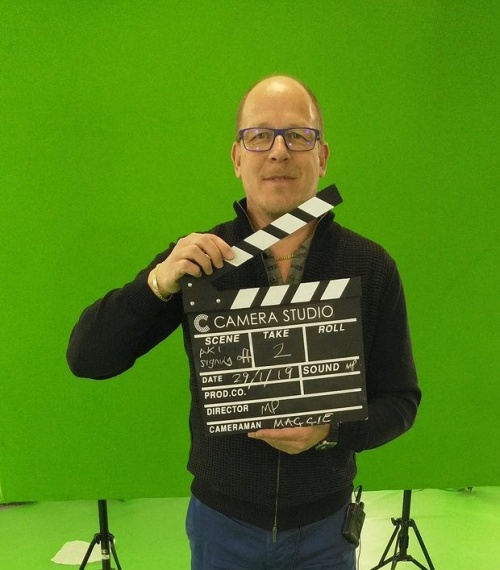 New Opportunity for a Research Assistant